How to setup your brew houses?

Starting your own brew houses may seem daunting. However, we are here to help you with the process. We’ve created a helpful guide to assist you in getting started.

The History of Craft Beer takes us on a journey through time and place—from ancient Mesopotamia, to America, to today’s modern craft beer revolution. It tells the story of how these brave pioneers transformed their passion for great beer into a movement that has positively affected us all.

Craft beer is exploding in popularity and it’s easy to see why. Craft beer lovers enjoy the evolution of craft beers, new flavors and History. Beers from different countries in the world have created many delicious beer cultures in the field of craft beer.

Brewing beer is one of the oldest and most popular hobbies in America. Museums and tech shops all over the country teach people how to make their own beer with personalized equipment created to run at home. Brewing beer requires ingredients, equipment, and time. 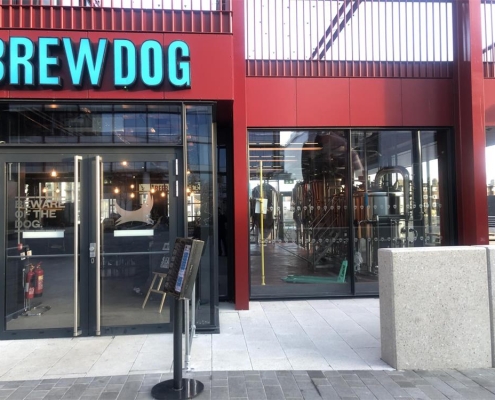 What is a Craft brew house?

A Craft brew house is a brewery that produces beer with proprietary recipes on a regular basis. The Brewers Association has defined small, independent and traditional as the three key components of craft beer. In this article we will explain how to set up different sized brewery system, larger than your home brewing setup. We will also talk about what homebrewing is and how it differs from commercial craft brewing or microbrewing or commercial brewing for that matter.

What is a Craft brew house?

Home brewing is the art and science of brewing beer at home. It is a hobby for many and a profession for others who take their beer incredibly seriously. With small quantities and personal attention you can brew a very high quality beverage.

A Nano brewery that produces from 1BBL to 5BBL nanobrewery equipment per batch. That is much smaller than commercial breweries which may produce over 50 barrels (1,800 gallons) of beer in one batch. Nano breweries are small enough that one person can brew the whole thing themselves (it’s called “the brewer”) or have just one other person helping out with some of the work (that person is known as a “partner”). Generally we recommend starting with 3 barrel nano brewing systems. Because the output of your brewing equipment will limit your growth when your brewery is welcome enough to be around. You can consult YoLong project engineer how to choose your beer equipment here, No charge.

Brewpub Brewing describes the process where small breweries sell their beer on-site as well as in local markets.

Compared with Nano Brewery, Brewpub is not strictly limited. Usually we can also focus on the brewing system of 3BBL, 5BBL, 7BBL and 10BBL. You can see the designs and 3D models of YoLong brewhouse equipment of different specifications here.

Micro brewery Brewing is the process of making beer at a craft brewery (or microbrewery) which produces less than 15,000 barrels of beer per year.

According to the development of the potential market. You can start with a brewery equipment from 10BBL to 20BBL. Of course, this means that you’ve already entered the realm of small commercial beer sales. An understanding of the beer market and a sound business plan are the foundation for the successful development of your Micro brewery.

Commercial Brewing is the largest segment of brewing within a country or region and includes both major producers and regional brewers.

This means your brand presence allows you to maintain a strong expansion to continue growing your beer. And have enough financing, loans, profits to help you open more breweries to grow your business. However, remember not to get out of the craft beer category.

What are the combinations of brewing vessels?

Brew House is the combination of brewing vessels. Brewing vessels are through the process of mixing, fermentation and storage to achieve the purpose of water treatment, making beer delicious and nutritious. This equipment includes mash tuns, lauter tuns, kettle Whirlpool and fermenters.

The Brewers Association has defined small, independent and traditional as the three key components of craft beer. In this article we will explain how to set up different sized brewery system, larger than your home brewing setup.

What should you pay attention to when buying brewing equipment?

In order to choose the right size brewing equipment and get the best value for your investment, you need to consider a number of factors. we list cost for three different brewing equipment. Here.

how to choose brewery equipment? Read This First

Choosing the perfect brewing equipment is a significant investment in your business. The right size and type of equipment, as well as adequate maintenance, can provide dependable operation, which drives revenues and growth. Some suggestions from the YoLong team on how to choose the right brewing system Here .

how to buying a brewery equipment? Read This First

When it comes to choosing the right brewing equipment, we look to many factors: how much brewing equipment you’ll need, what kind of beer you’re brewing, how much space you have to brew in and – perhaps most importantly – your budget.

How much does it cost to build a brewery?

A brew house is the location where brewing takes place. The first step in creating a business plan for your brewery is to put together a business plan, which you’ll need to include when applying for banking or investor funding. You also need to consider how much it will cost to get started and how much you can afford before making a final decision about opening your own brewery space.

To make sure you keep your personal and beer expenses separate, open your business bank account—in some states, this is mandatory for tax purposes. Do your research and work with a great accountant throughout the process to make sure it’s done right. Don’t interrupt your investment because of state/territory laws.

What issues should be considered when setting up a brewery?

1．Develop a brewery business plan
2．Deciding your location of the brewery
3．View legal requirements, licenses and permits for breweries

Craft breweries must have permits and licenses in order to legally operate. To ensure that your brewery is not extended indefinitely due to non-compliance with the laws of your state and territory. This means unforeseen cost increases. Usually you need to have the following three licenses;

Tired of paying the high price for craft beer? Want to be part of a local business? Starting a brewery is no easy feat, but we can help.We provide everything from the initial planning process to brewery design, consulting, 3D layout, brewing system customization, fabrication, and turnkey services.you can ask YoLong’s project engineers to help you Here.

We can design your dream brewery kitchen and help you save money at the same time by showing you how to get in on the booming craft beer industry.

The Brewery Consultant will:

if you want to start your own brewing business. My company YoLong has been working on microbrewery & beverage projects since 2004, we can give you any assistance from 0 to turnkey. Check out the professional brewing consulting services we offer. 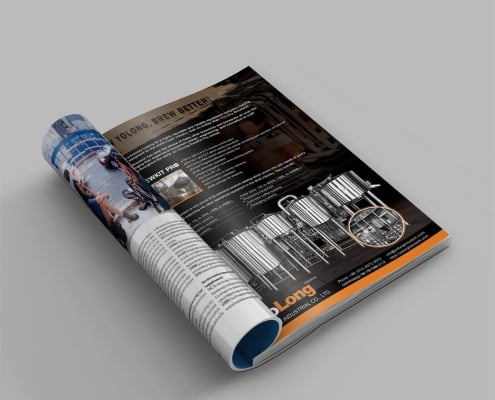 Read more
How to buying a specific piece of brewing equipment

How Much Does it Cost to Open a Brewery?
Scroll to top