What are the benefits of craft beer

Beer is, above all, a refreshing, thirst quenching, relaxing drink that you can drink any way you want.However, the difference between industrial beer and craft beer is just like the difference between living and enjoying life. Living is not the same as enjoying life.Tasting a good craft beer doesn’t mean you have to be a winemaker or artist, but it does mean you have to love life and have a little taste.

Taste craft beer, one is the throat can fully feel the strength of killing mouth;The other is that beer has a low degree of alcohol so you don’t drink too much alcohol;Three is to hit a full wine burp, good aftertaste;Fourth, real beer drinkers do not pack B, never waste food.

Craft beer is the most diverse wine. The liquor ranges from light gold to dark, the foam from white to brown, the aroma from fruit to baking, and the taste is sour, sweet, bitter, salty and fresh, which requires us to take some time to appreciate.In fact, food or drink, or enjoy them from the beginning of color and smell, the need to mobilize the taste of the senses. 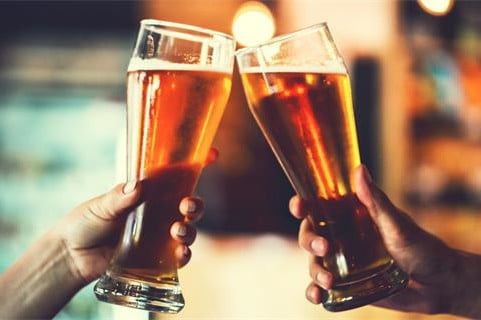 Since is to enjoy, not thirst, we suggest that don’t binge drinking, according to different wine, to prepare a proper, slow down the back of the fresh beer glass thick, cup internal jugular reap can maintain bubble and concentrated aroma, opening a large can dress up and show the rich bubble, bubble rising and elongated cup to appreciate.

The first is the color. We can generally judge some classic styles of beer through the color, such as dark world wave, red-brown bork, pale gold Pearson and so on. However, it does not mean that the depth of color is necessarily related to the structural strength and flavor concentration of beer.

The second is the luster, if the body is completely clear, then the beer has no yeast, probably through pasteurization;Craft beer often contains yeast and has a fine sediment.

Finally, it is foaming, good beer into the cup after the regular and continuous small foam from the bottom of the glass to jump up;Foaming brings out the aroma of beer. The smaller the bubble, the longer it lasts, which means it can release the aroma more persistently.

After the eyes have enjoyed themselves, it is the nose’s turn.The ancients said that “wine is not afraid of deep alley”, beer is of course the same, outstanding smell is also an important indicator of good beer, and industrial beer is often no fragrance. 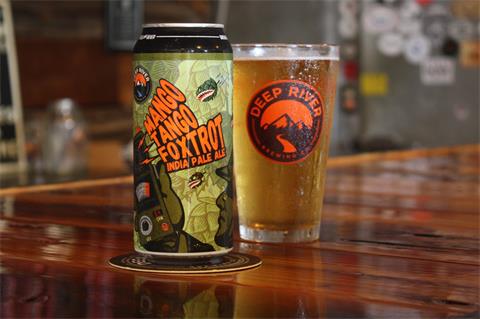 Temperature directly affects the aroma performance of beer, so different from industrial beer, rich in the change of aroma level of fine wine drinking temperature should not be too low, generally recommended in 10 degrees above, with the change of temperature, the aroma has been converted, choose the appropriate cup with wine tasting can help appreciation.

Beautiful breath lets a person find the scenery pleasing to the eye, such flavour may be the malt that the source smokes bake, or the hops that put, or the spice that adds when brewing, distinguish carefully through such fragrance, can understand the good and bitter intention of winemaker.Red fruits, citrus flavor, herb flavor, spice flavor, honey flavor, smoke incense, bakery flavor and so on.

Of course, the most important experience comes from the mouth. Whether the beer tastes good or not is mainly decided by the mouth, and the mouth experience is not only the taste, but also the taste, ending rhyme and aftertaste.The palate refers to the strength of the wine, whether it is full and round or light in structure, whether it has strong alcohol burning or strong swelling to bring sharp killing taste. 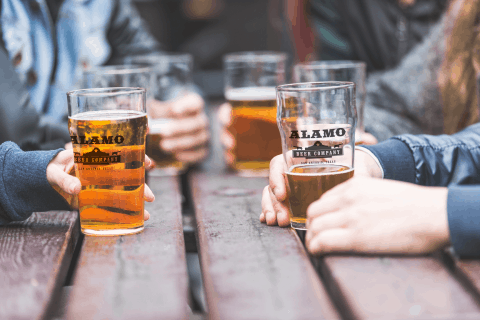 1.Help intestines and stomach digest. Craft beer is low in alcohol content compared to other alcoholic beverages, at only 2 to 7.5 percent.The main ingredients of beer are germinated barley, ethanol, hops, polyphenols and water.Among them, the protein contained in barley can be decomposed by catalytic action to produce 17 kinds of nutrients, and eight of them are essential substances that cannot be synthesized by human body.So beer has a healthy carbohydrate to protein ratio of 15:1.

2.Good for bone and joint health. In recent years, many food science studies have found that beer is a rich source of silIcon in the diet.Half of the silicon in beer, which is in the form of soluble silicic acid (OSA), can be effectively absorbed by the body.Silicon plays a key role in the growth of bone and joint connective tissue.According to the national institutes of health (NHI), dietary silicon not only improves bone density, but is consumed in moderation (on average 300 milliliters per day for women) and may help fight joint pain and osteoporosis.The nutrition in beer additionally, also have certain protective effect to the skeleton of climacteric woman;But be careful, if you drink too much, it can cause bone loss!

3.Protect against stroke and cardiovascular disease. Recent research published in Nutrition shows that drinking beer, especially the darker the color, has considerable benefits on cardiovascular health.Normal person is drinking 400 milliliter beer to be about after 2 hours, hemal circulatory function can behave better, and the concentration of good cholesterol also can follow promotion, prevent platelet to stick, achieve the action that protects hemal flexibility.Drinking beer in moderation not only regulates blood vessel tone, but also reduces the risk of heart attack, stroke and myocardial infarction by up to 45 percent, the study said.The researchers found that the combination of ethanol and antioxidants in beer was key to making it a healthy drink. 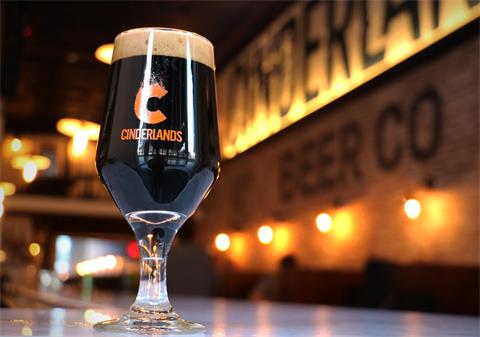 4.Help to wake up and relieve tension.Beer contains a lot of organic acid, can feel in the spirit when the spirit is not good, for you effective pick-me-up!Drink in moderation to relieve tension, relax your muscles, and allow you to smile and face challenges again.So cheer yourself up next time you get blue while you sip beer.5.Blood, protect eye health.Raw beer is rich in vitamin B group, including vitamin B12 and vitamin B2(riboflavin) high content.Vitamin B12 is commonly found in meat and promotes the production of red blood cells.Having adequate B12 is an effective way to combat and prevent anaemia, which women are prone to.And color is darker, if rye beer, still contain rich vitamin B1 and B2, can help retinal and cornea metabolize normally, clear free radical, have quite remarkable effect to the protection of eyesight!So drink the beer of good quality, the eye also can become brighter and clearer more! 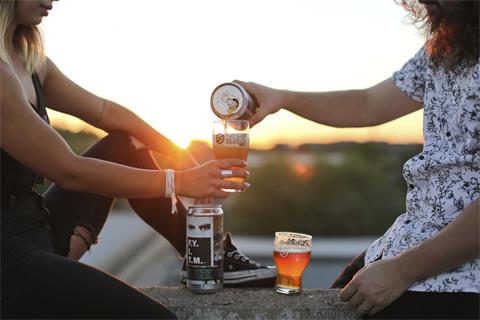 First, wash your face. The enzyme of craft beer is very beneficial to skin, can make skin burnish, luster, have flexibility.Do not think that after washing a face, beer will be stained with a body of wine smell, is mistaken for mouth wine.Actually need not worry, after beer washs a face, with common make up water or toner pat a face.Then apply the usual cream, light beer flavor can be no longer.

Second,To protect the body. Brewed from natural malt, hops and live yeast, the craft beer helps relax muscles, soothe emotions and improve looks.Under the influence of the steam of craft beer, we will feel the pressure completely disappear and feel unspeakably relax

Third, facial mask. The alcohol in craft beer can promote blood circulation, nourish skin and promote metabolism.Hops in beer is a kind of coolant, have the effect that prevents whelk, still can tighten skin, narrow pore.Insist on weekly 1-2 times apply with beer face film, can let the pore on our face narrow, the skin is smoother than a day have flexibilityed.

2018 Brau Beviale in Nuremberg in Germany
Scroll to top