The 5 stages of yeast growth: 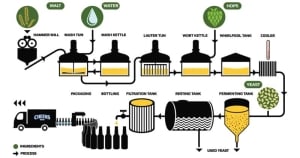 4.Deceleration period: Due to various factors, such as a substantial decrease in the content of fermentable sugar and oxygen, and an increase in alcohol and carbon dioxide, the logarithmic growth phase has a certain time limit, and then enters a deceleration period in which the proliferation rate gradually decreases.

6.Dead phase: During this phase, more cells die than new cells are formed, and the number of cells decreases. After the previous continuous consumption, the remaining nutrients in the beer are less, and the reproduction of yeast cannot be fully nourished and inhibited by a large number of metabolites. At this stage, the number of dead yeasts was higher than the number of proliferating yeasts, and the total number of active yeasts continued to decrease. The yeast begins to agglomerate, slowly sinks into the can, and may become a source of contamination of beer and a factor affecting the taste of beer, which must be discharged in time.

Stress: Steady pressure, sudden changes in pressure that are too large can cause cell walls to rupture and increase yeast mortality. 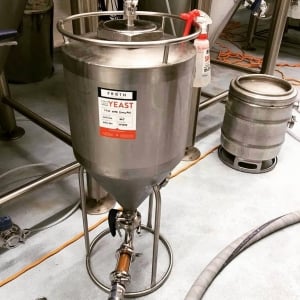 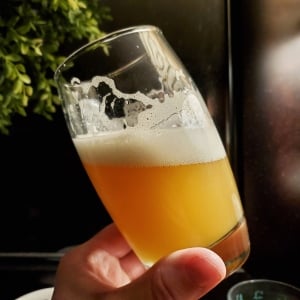 YoLong Brewtech has been engaged in consulting, design and manufacture of professional beer brewing equipment since 2004. And are actively sharing our expertise on more brewing and equipment. If you have any questions or requirements about brewing equipment, you can contact our professional technical engineers to find the answer. Contact Us!

Which is better heating way of your mirco-commercial brewery?
Scroll to top