Beer has been around for quite a bit of time.

And when it comes to beer, it can be said that it is a world unto itself, in more ways than one.

Of the many things it has to offer, one of the more interesting trends in the world of beer, is that of homemade beer.

When it comes to homemade beers, there are a lot of things that need to be taken into account.

These include, among others, the ingredients, equipment, the right conditions, adequate effort and time, and so on. All of these things can prove to be a rather difficult thing to balance for the average person, especially novices. 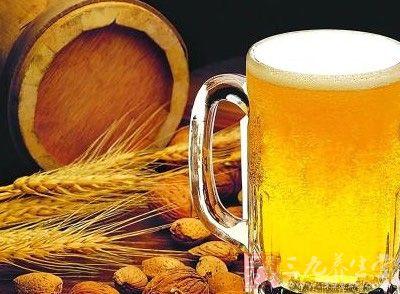 For beginners planning on making beer at home, there are several recipes available.

Given in the list below are some of the best beginner homemade beer recipes you can try out.

This is one of the more popular beers in the United States.

Popular because of its simplicity and flavor, it is an excellent pick for beginners to make.

Three gallons of water is placed in a pot, after which is placed a steeping bag filled with grains. The bag is boiled in the pot at a temperature of 68 ºC and then steeped for half an hour. Once this is done, the excess water is to be squeezed out from the bag. The contents are then boiled again, and mixed in with malt extract, after which is it subjected to another boil, only this time with hops. The mixture, called wort, is to be boiled for 45 minutes, after which the flavoring hops are added. The entire mixture is then boiled for about 15 minutes and then mixed in with about 2.5 gallons of cold water. The entire mixture is placed in a primary fermenter, to which is added hot wort and sealed. Water is to be filled halfway, and allowed to cool to about 24 ºC.

The beer is to be left for another week or so, after which the entire mixture clears up. This is when the beer is almost ready. The solution is to be introduced in bottles or containers, along with a solution of sugar; the solution is prepared using about 140 gm of priming sugar in 1 cup of water, slowly brought to a boil and then allowed to cool.

The bottlers are then sealed with about an inch of air space and refrigerated, for future consumption.

This is one of the most well known traditional beers, rooted in Germany, popular in the central United States, given its large population of German Americans.

It is well known for its clear yellow color, as well as the ‘wheaty’ flavor and its signature fluffiness.

The preparation of the American Wheat beer starts with heating 12 l of water to about 72 °C, and into which is added the crushed grains. In addition to this, the grains are mashed at 66 ºC for an hour. The wort is then recirculated for 20 minutes, after which it is collected at about 2 l every five minutes.

From this, about 20 l of wort is collected, to which is added 1.9 l of water. The entire content is boiled for an hour, to which are added hops as soon as the boiling begins. It is then allowed to ferment at around 21 °C with yeast.

The process should take a few days, after which the content is to be filtered, chilled and stored for further consumption.

Last but not the least, it should be added that as you begin preparing your own home brews, the entire process will become a lot easier.

And indeed, the skills you gain from making this beer can eventually be transferred to even more complex recipes, allowing you to eventually become an expert like no other.

Finally, if you want to learn about homebrewed beer websites or blogs, click to view.

History of Beer
Scroll to top