Size Matters: How Much Headspace Do You Need in a Fermenter?

What is “Head Space”? How is it defined? What is its use?

I think these questions will come to mind when you see that concept for the first time.

The concept of “headspace” usually appears in the description of the tank and is read by the customer as a parameter. 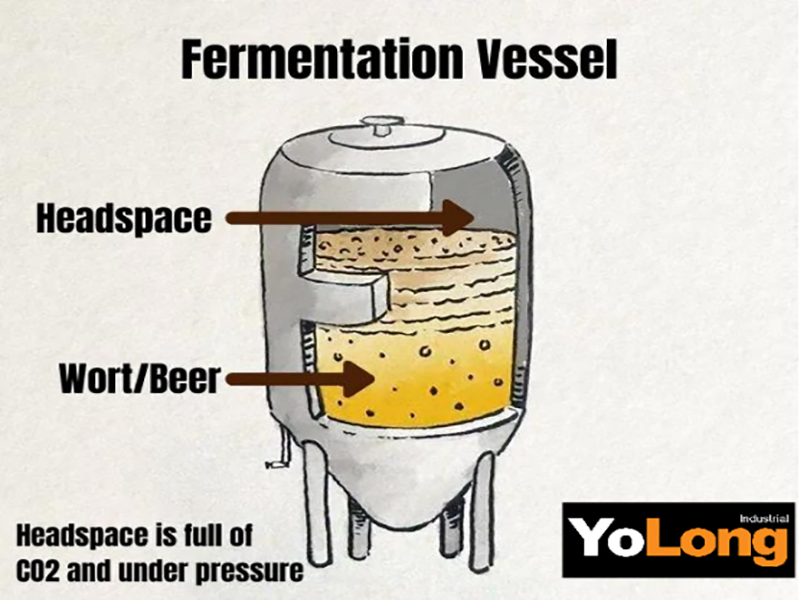 There will be a spray ball at the top of the tank for CIP cleaning which should not be submerged in liquid. The position of the CIP spray ball is slightly higher than the sidewall. So the liquid level should not be beyond the sidewall, not to mention reaching the top dished head.

There are other gases that are produced during the fermentation process, but CO2 is by far the most abundant. In the early growth stage, within the first couple of days of fermentation, CO2 will rise out of your beer and combine with other compounds in the beer to form a foamy layer.

When the foamy layer sinks back into the beer later in fermentation, it gives us back some of those compounds which form it. These compounds, proteins for example, will help contribute to things like the head retention of your beer.

Read more
How to configure CIP for your brewhouse

Remote Control Applications in Brewing Equipment – How does it work?
Scroll to top