Beer is a drink that has been around for a very long time.

Today, it is one of the most popular drinks in the world, consumed on just about every occasion that can be imagined.

It is prepared in a variety of different ways, each serving a different purpose.

From industrial output to home preparations, it is one beverage that is produced in a variety of different ways. As exciting and interesting as this world of beer might seem, it does come with its own challenges. 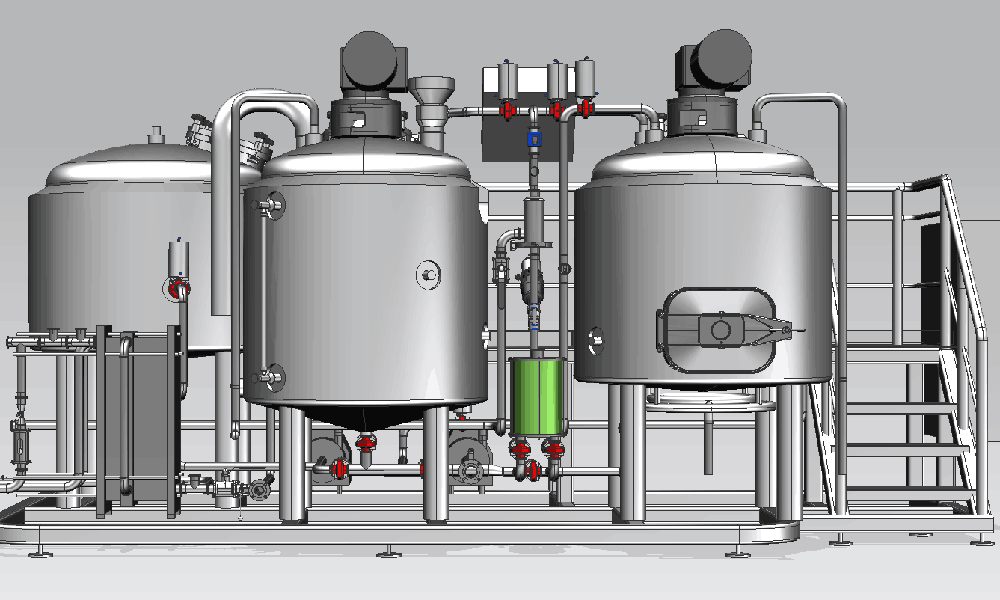 One of the many challenges that exist, with regard to the preparation of beer, is that of the equipment.

With plenty of variations and unique requirements to be addressed in every given case, it can get confusing when it comes to selecting the appropriate beer-making equipment.

Given in the list below are the three major kinds of beer making equipment, and the strategies that can be employed when selecting the ideal equipment.

Micro-beer is a reference to beer prepared by small breweries, also called craft breweries. In fact, beers they produce are also known as craft beers.

The process of selecting the ideal micro beer brewing equipment is given below:

It should be easy to maintain in general, but it is especially important in the case of micro breweries, given that maintenance is an expense unto itself.

The number of personnel required for running the machinery should be limited, as labor charges are often expensive for small brewers.

It is preferable that the beer equipment is manufactured locally, to keep costs low.

The term commercial beer is a reference to the beer that is produced on a commercial basis, in large quantities. This happens to be the predominant form of beer produced today, and is a massive industry involving huge companies.

The process of selecting the ideal commercial beer brewing equipment is given below:

The equipment should be in a position to produce vast quantities of beer for every single batch. It is a necessity, given that these businesses are operating on a large scale, and require huge amounts of beer to be produced on an everyday basis.

The maintenance factor should be almost minimal, and possible to do by those operating the equipment. Nano breweries, just like micro breweries, have a limited amount of cash to spend, making it very necessary that maintenance costs be kept to a minimum.

The number of personnel required for running the operation should be limited. This is however, not as big a concern, as it would be in the case of small and micro brewers.

The equipment that is sold tends to be all encompassing, and is often far more complex than any ordinary home-brewing kit. The concern therefore, that it may not have the required additional brewing supplies is rather unfounded. At the same time however, it is necessary to check the details of the additional hardware that is supplied with the main equipment, just to make sure that it suits the company’s needs.

The process of selecting the ideal nano beer brewing equipment is given below:

The amount of beer produced by nano beer equipment should be just enough for the required batches of about beer barrels. Anything more and it will lead to wastage of input.

The amount of maintenance required for nano beer equipment should be very limited, given that the workforce is limited as well. This is particularly important for nano brewers, considering that many of them tend to be used for personal purposes or small businesses, which cannot afford additional maintenance charges.

Just like in the case of craft beers, it is important that the personnel required for the nano beer equipment are very limited.

It is highly unlikely that all the necessary additional hardware like pressure gauges, thermometers and so on, are provided with the main brewing kit. This is therefore something very important to check up, before making the purchase.

Last but not the least, it should also be added that there are other things worth considering as well in this regard. These include things like the cost of the equipment, after sales service and so on, all of which tend to be rather general in nature, rather than being something unique to each of the above mentioned categories of beer making equipment.

The above mentioned list is but some of the most important ones around, and nothing more. Depending on your unique needs and requirements, other considerations may also have to be taken into account, when getting the ideal hardware for the job.

History of Beer
Scroll to top