The consumption of alcohol, whether as beer, whisky or anything else, is a staple of the modern world.

Something of a standard in modern day food habits, they hold an important place in the daily lives of many.

There are several different varieties of beer available when you hit the local bar or pub.

Since there is a general awareness that alcohol is bad for health, people have started to become more health-conscious and keeping a track of their alcohol consumption.

This leaves them with one question, which is with regard to whether drinking beer can be healthy in some way.

There are certainly some healthy advantages to drinking beer, the details of which have been explained in the sections below. 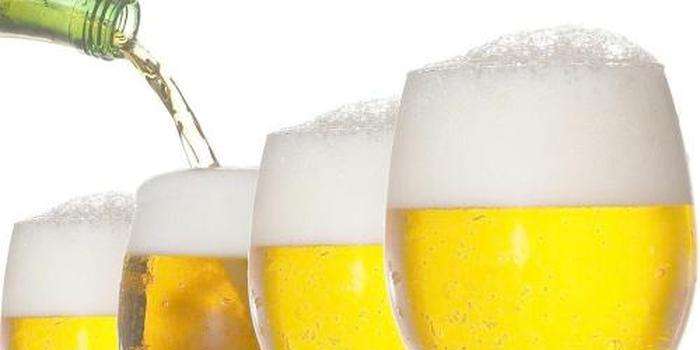 To begin with, the beers which contain the lowest amount of alcohol content would be a good start.

One of the best ways to measure this is using what is called ABV or Alcohol by Volume. It is a standard estimate to know the amount of alcohol in a given drink. With regard to beer, there are beers that have alcohol content as low as 0.5%, and as high as 40-60%.

The beers on the lower end of the percentage spectrum are usually healthier than those on the high end. The ABV of the beer is usually mentioned on the beer can or bottle, along with the ingredients, manufacturer details, etc.

Also to note is that there are ‘beers’ which have 0% alcohol content. These are of course imitation beers and not actual beers, where the drink is made to taste like beer without any alcohol in it.

Another thing to note is specific beers that may prove to have useful and specific health benefits.

A few of them are mentioned below.

It has been known for a long time that beer has a positive effect on heart health. It was found, for example, that moderate consumption of beer was associated with a lowered risk of heart health, according to a study in 2012. The reason for this was attributed to the many natural antioxidants, which are found in abundance in beer.

A good example of such a beer is the Abita Purple Haze.

This is a great beer for those who may have gluten allergies. Given that beer is made entirely from grains, it would be impossible to escape from the potential allergic reactions that may come from drinking everyday beer.

About the only problem with gluten-free beer is that it is a bit difficult to source. This however, is not something to worry about given how the internet makes it possible to purchase it. In addition to this, there is a growing market for gluten-free beer, which should prove to be very helpful.

Also called brain-health beer by some, it has been shown that this beer would actually help to better brain function.

It has been observed that moderate drinkers tended to have fewer strokes in their body compared to those who don’t drink.

The ideal beer for the benefit would be any beer that is rich in iron, niacin, riboflavin, etc. In general, it would mean that any beer would do, given that they all contain the vital nutrients that were just mentioned. This however, should also take into consideration the amount of alcohol that is present, with a lesser percentage of it being the better pick to go with.

On Consumption in Moderation

In addition to this, another important thing to consider is the issue of quantity.

It doesn’t matter what you are consuming, for everything is poison in large quantities. It is for this reason that there is a quote that goes,

“Anything in excess is poison …”

And indeed, this is certainly true. Anything that you overindulge in, in any manner, will have detrimental effect on your health. It doesn’t necessarily have to do with your health per se.

On the contrary, it can be other things like your time, peace of mind, sense of wellbeing, financial stability, etc. The point here being that whatever you do in life in excess, will always have a negative effect in one way or another; which brings us to the subject of moderation, where one engages in the object of our interest in moderate quantities.

Simply put, drinking in moderation is a good way to stay healthy, as opposed to excess consumption.

As a whole, the above mentioned varieties of beer can be considered as safe for consumption, at least within reasonable bounds.

In addition to this, one should also add that beer is essentially alcohol at the end of the day, meaning that one will have to curtail on excess consumption.

At the end of the day, what matters more than anything else, is moderation as opposed to anything in specific. It is the only way to truly ensure that one stays healthy in the long run.

What are the possible hazards that can occur in a brewery, and how can you mitigate...
Scroll to top