As we all know, brewing is a very interesting thing, but it is also a tedious labor process. Because of the limited manpower and a large number of parameters and ranges that need to be controlled, large breweries have chosen an automated design model.

Need to introduce automation technology for microbrewery? The answer is yes. Because of the reasonable introduction of automation, while ensuring the brewing pleasure of the brewer, it will liberate the brewers a lot of time and energy to learn and promote, is it better to study new tastes?

According to statistics, the equipment capacity of micro-brewery that has not been fully introduced into automation is generally 3HL-15HL, accounting for 83% of the total. Many owners think that automation will be a big investment.
In fact, the automation of micro-brewery is very different from that of large-scale breweries. It does not require a lot of investment, because only the necessary automated processes are designed automatically, not all. For example, the pump is automatically controlled to transfer the wort so that the brewer acts as a process control leader rather than a process executor. For the automation of brewhouse, it depends on PLC (Programmable Logic Controller) and HMI (Human Machine Interface).

Focusing on the design and optimization of micro-brewery for 15 years, YoLong has communicated with thousands of brewers around the world, learning from each other, summarizing and designing control modes and methods suitable for micro-brewers, as follows. The models we generally choose are- 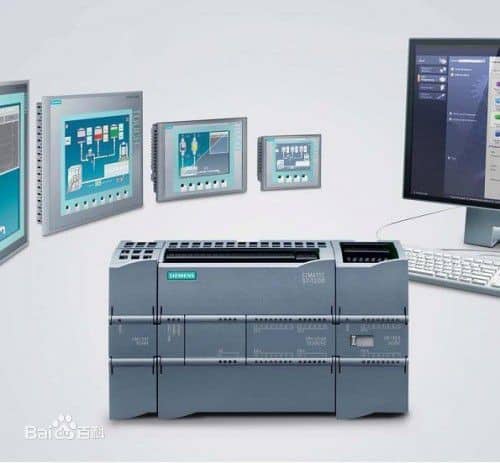 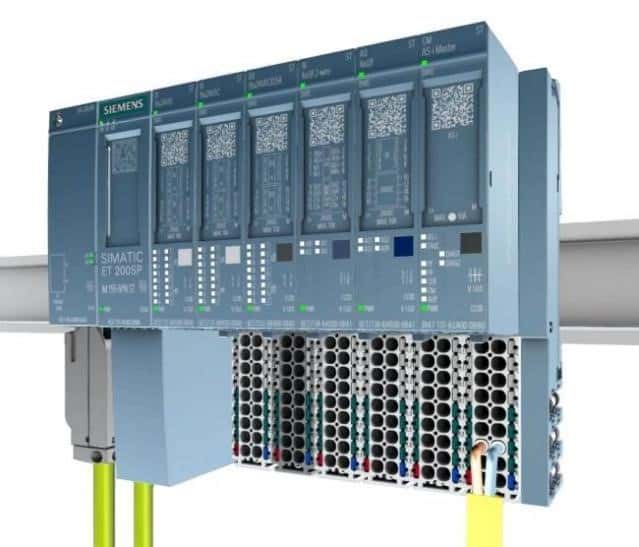 There are eight parts in the automation control.

The automatic control of the water mixing station is used to control the cold water and hot water mixing before mashing.

Timing, quantitative, and constant temperature control can be realized.

The principle is to install the Burkert PID regulating valve on the hot water pipe, install the temperature sensor and E+H flow meter on the water mixing chamber outlet pipe. its actuator is a pneumatic butterfly valve.

The process flow chart of the automatic control of the water mixing station is shown on the right and the working principle shown in the picture below. 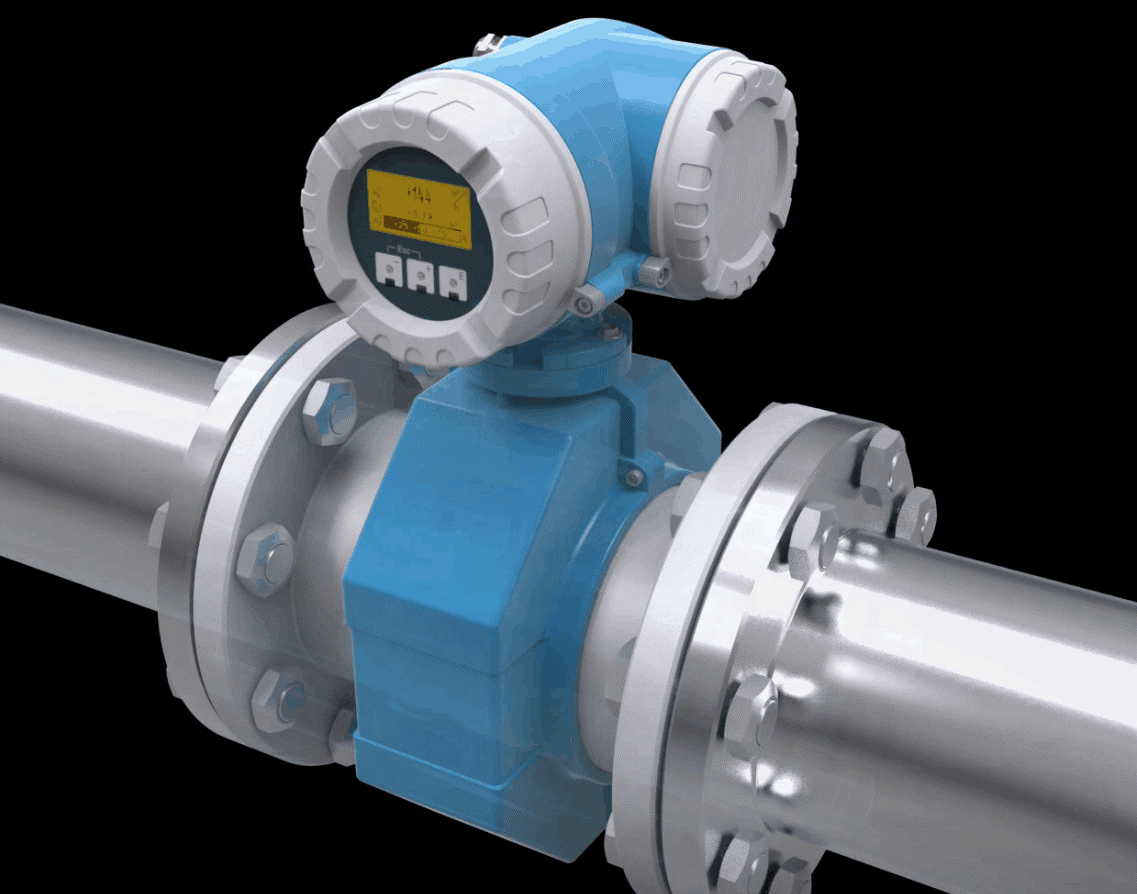 There are two kinds of temperature sensors commonly used at present,

2.1 Temperature control in the brewhouse

Most brewers want to achieve segmented leaching brewing, but for small equipment, mashing and lauter are mostly integrated, and electric heating tubes cannot be installed due to the presence of rake knife. Therefore, if segmental brewing is achieved, steam heating is the most common method.

For more information about Burkert, please click the link below

The temperature control of boiling is relatively simple, and the boiling time can be set. Here we have configured anti-overflow protection for unsupervised (detailed in the sixth-security location).

The picture below shows the parameter display status of the brewing process control panel. 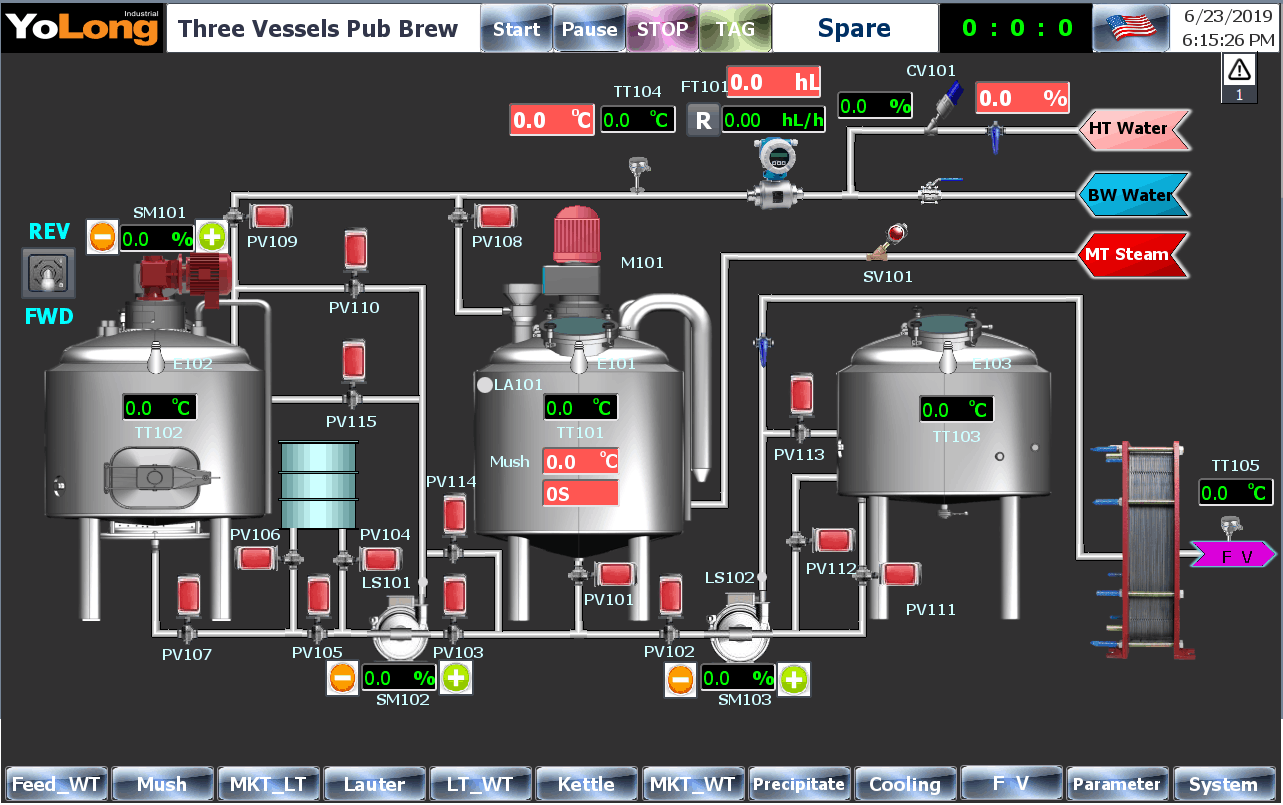 2.2Temperature control in the fermentation

Segmented fermentation can accommodate more types of beer. The brewer can set the length of each fermentation period and the corresponding temperature according to his own ideas.

After sealed fermenters, there is no need for the brewer to monitor the site because the temperature control is all done by the control system. At the same time, brewers have more time to study brewing processes and formulations.

For more information about Burkert, please click the link below

The picture below shows the parameter display status of the segmented fermentation process control panel. 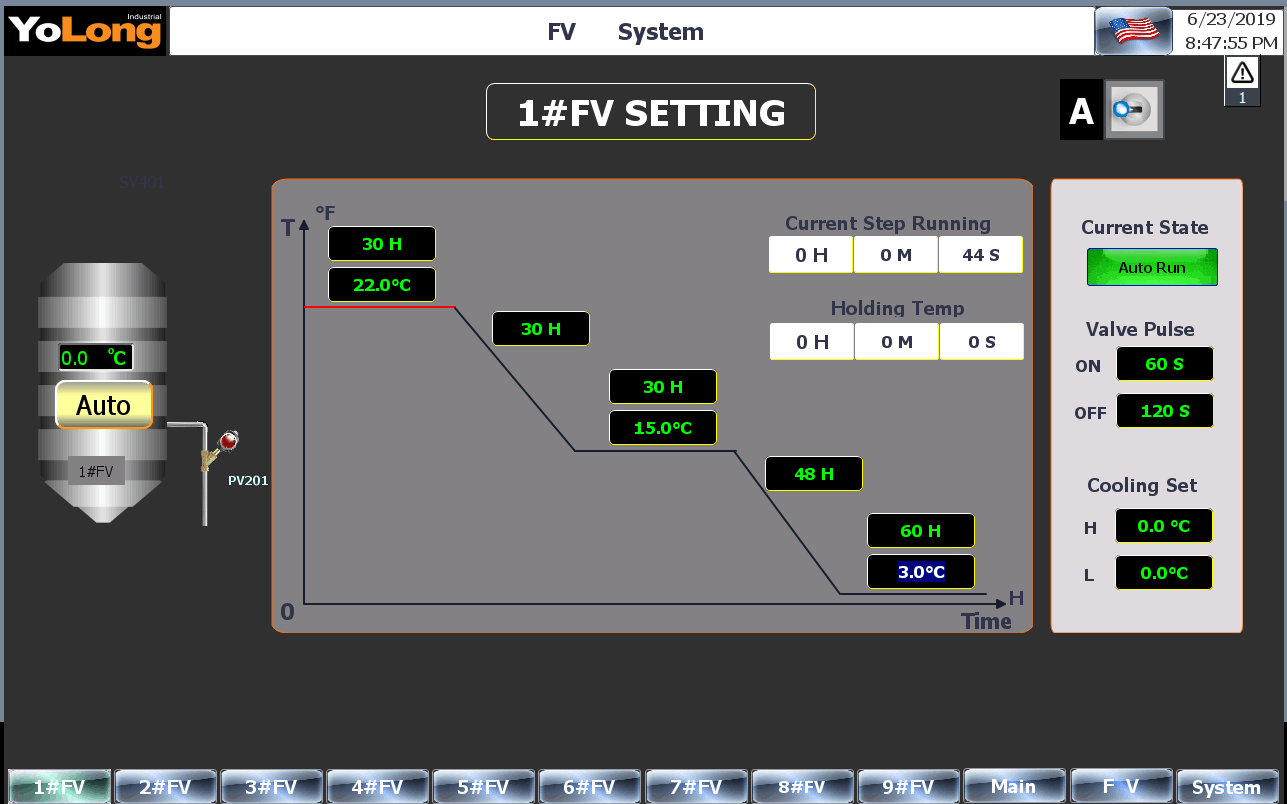 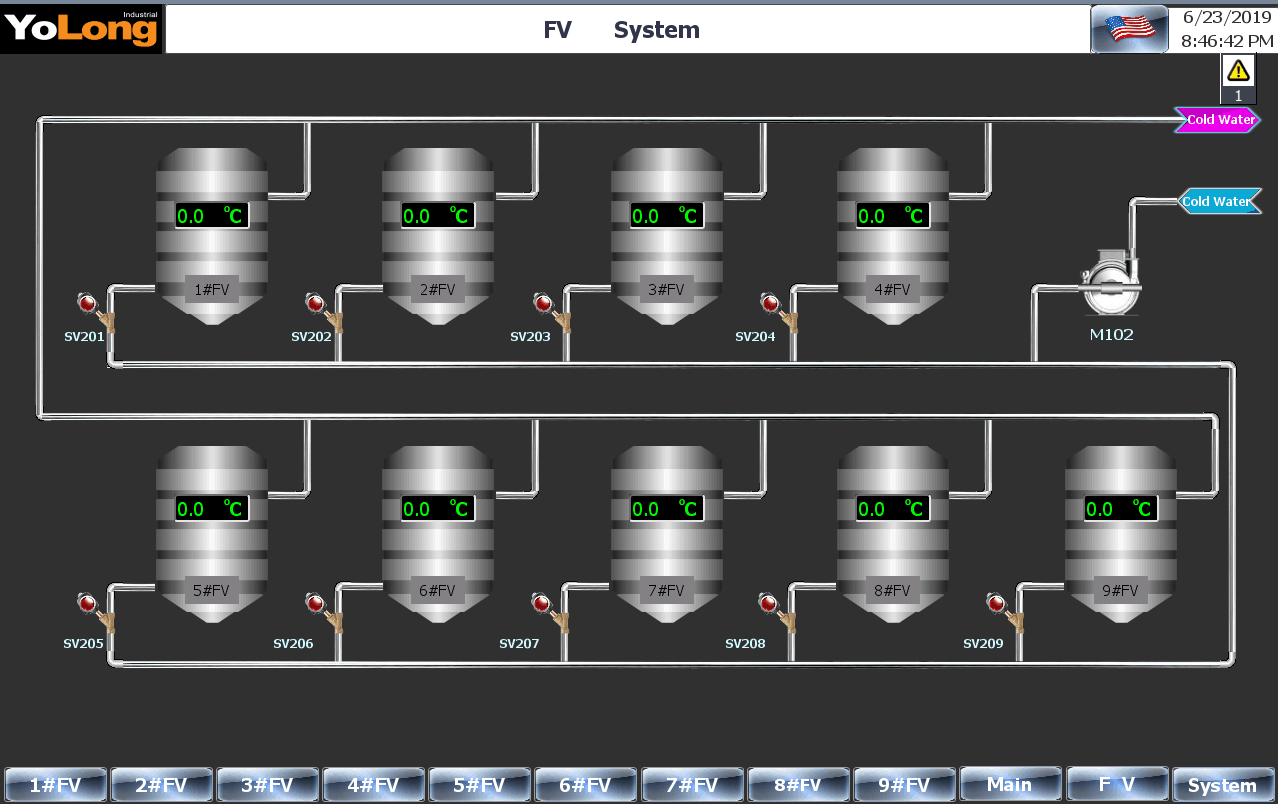 For microbrewery, the transfer of fluids allows one-button transfer without the need to manually open the valve, which also avoids the loss of beer caused by manually open operation errors.
This part is mainly controlled by the PLC that is compiled with the program to directly control the actuator to achieve the control action(starting butterfly valve)

For pneumatic butterfly valves, we generally choose the model:

The picture of the touch screen display panel is shown below- 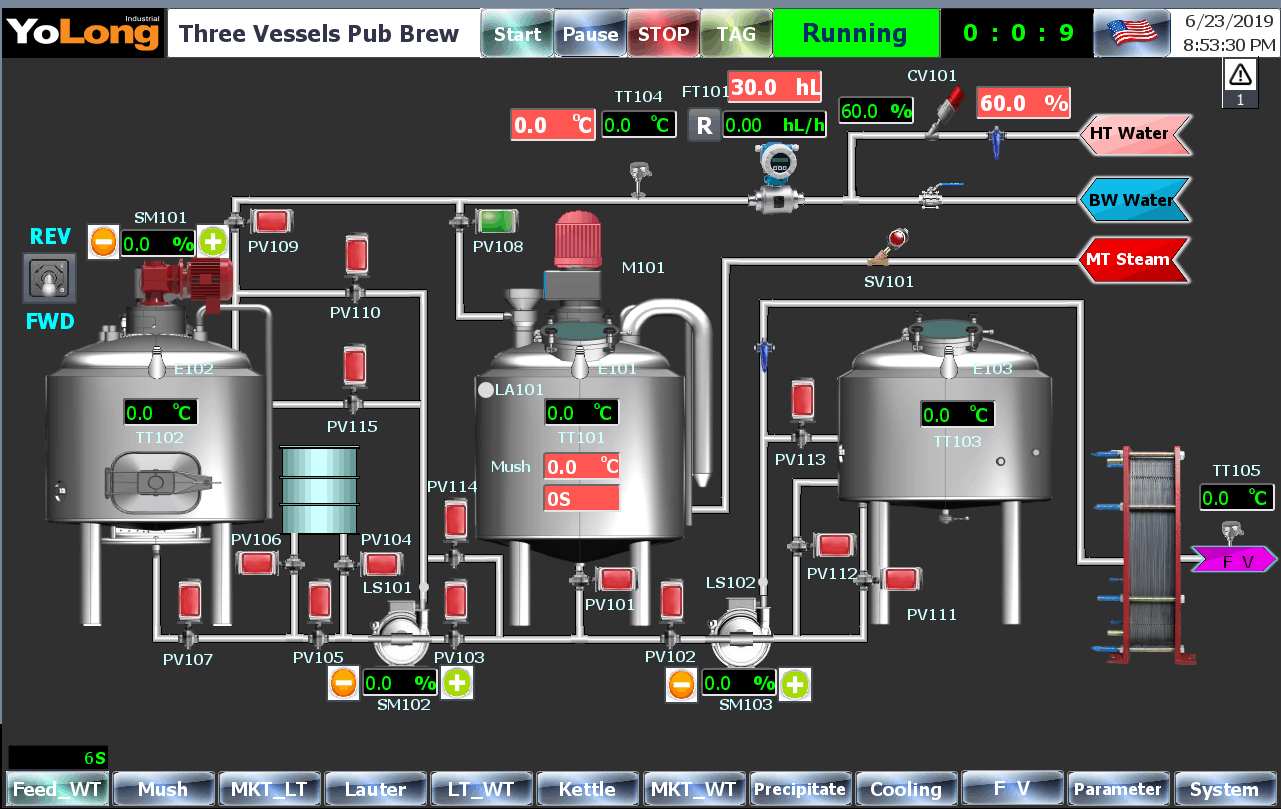 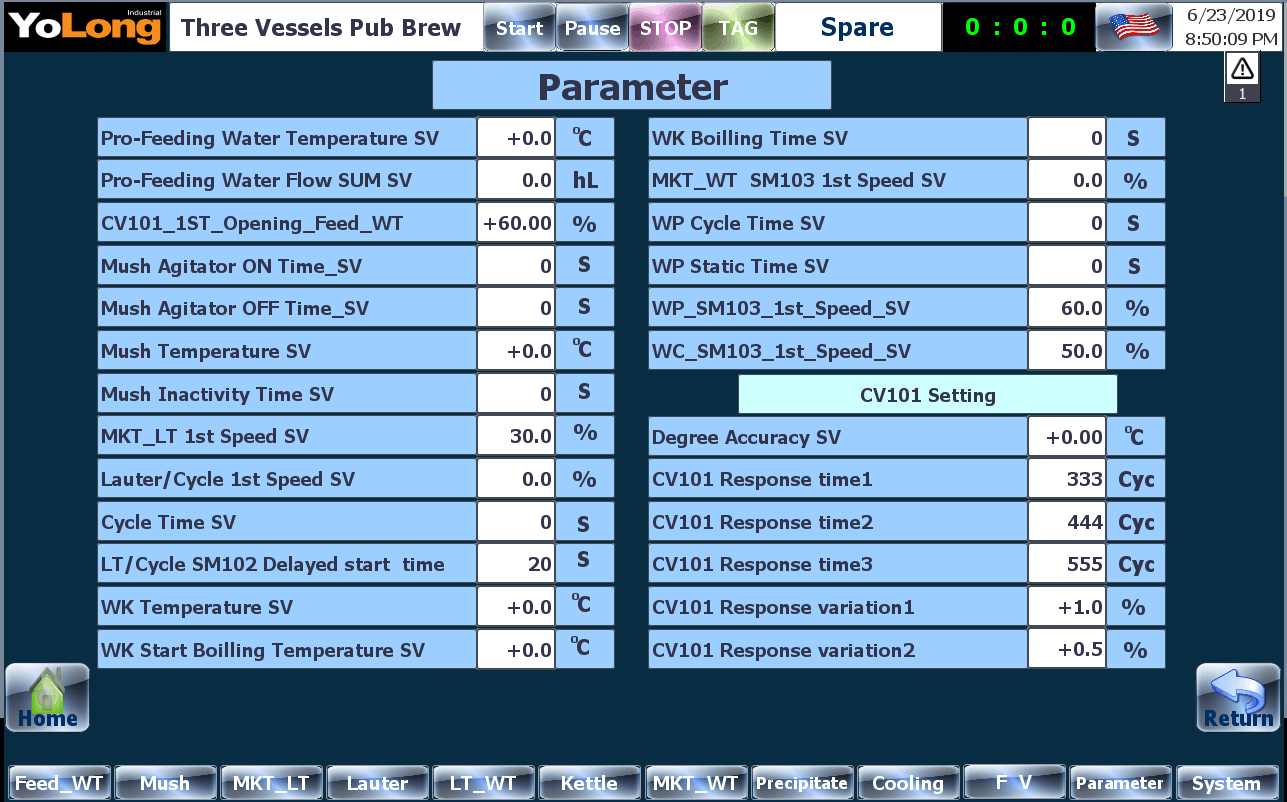 The start butterfly valve can also be an emergency manual switch, and the touch screen has a second prompt to open the valve and a manual indication after manually opening the valve. The operation prompt is as shown below. 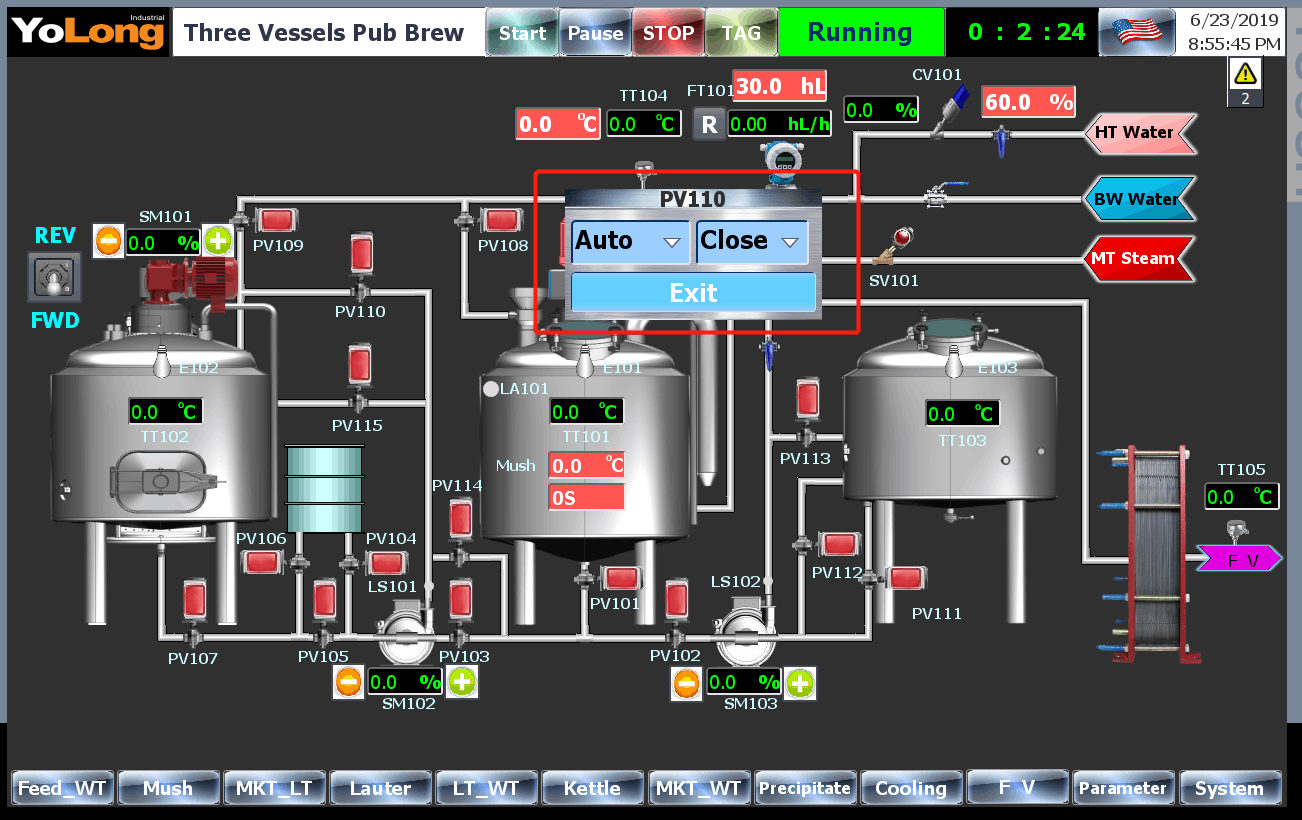 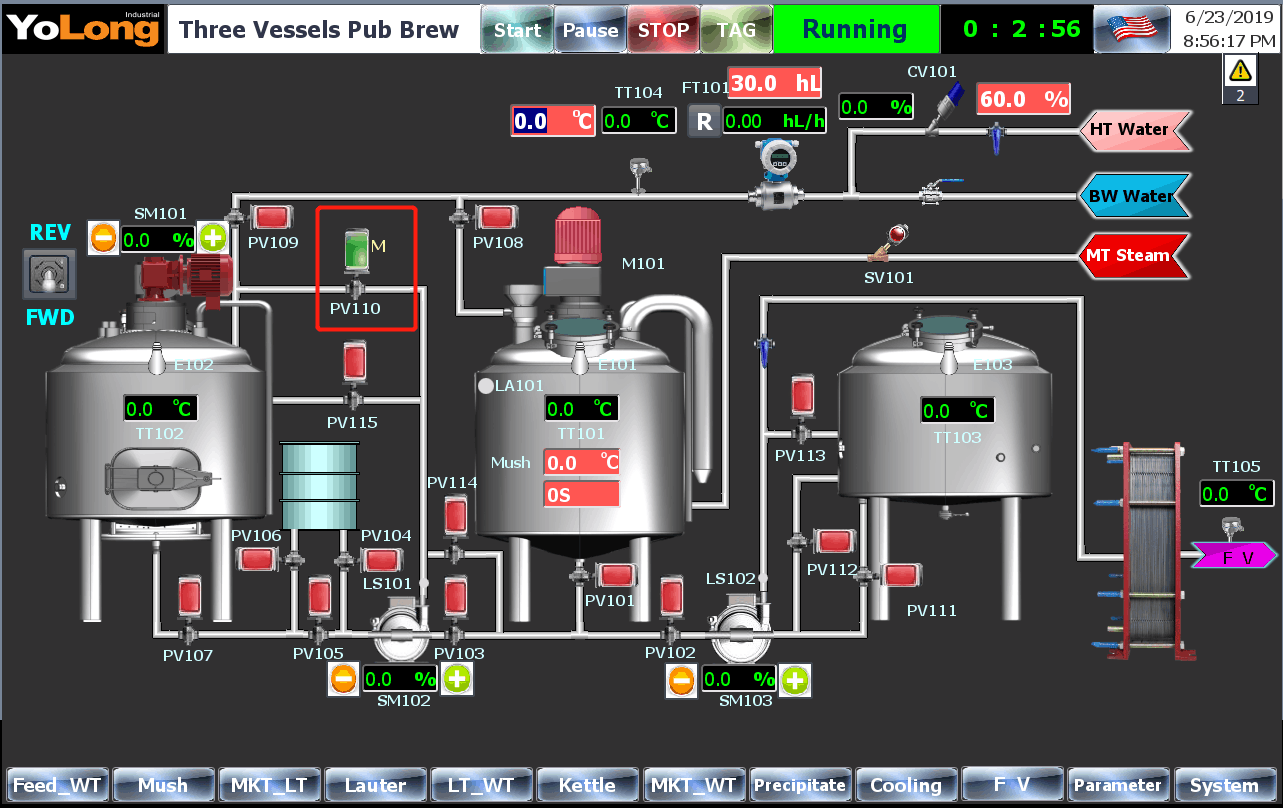 The liquid level sensor is installed on the corresponding tank body to communicate with the PLC to realize liquid level self-control. The general device is on a hot water tank. (The amount of water in the mashing tun can be automatically controlled by the flow meter of the water mixing station.)

The functions that can be achieved are:

For the liquid level sensor, we generally choose the model:

The liquid level is displayed(in the tank)

Another advantage of PLC is the precise control of time, which can be easily achieved by performing an operation at a certain time. For example, before brewing, store the water in the hot water tank at a set temperature and control the process of the staged fermentation.

What we often do is:

With the site manager installed on your phone, we can achieve no need for on-site monitoring during the fermentation process, but we can use the mobile phone to remotely monitor and understand the progress of fermentation in real-time.
In this case, the brewer’s time is greatly liberated. When you are out, you can open your mobile phone and check the real-time situation of your fermenters.

we can query past history for data saving and analysis. 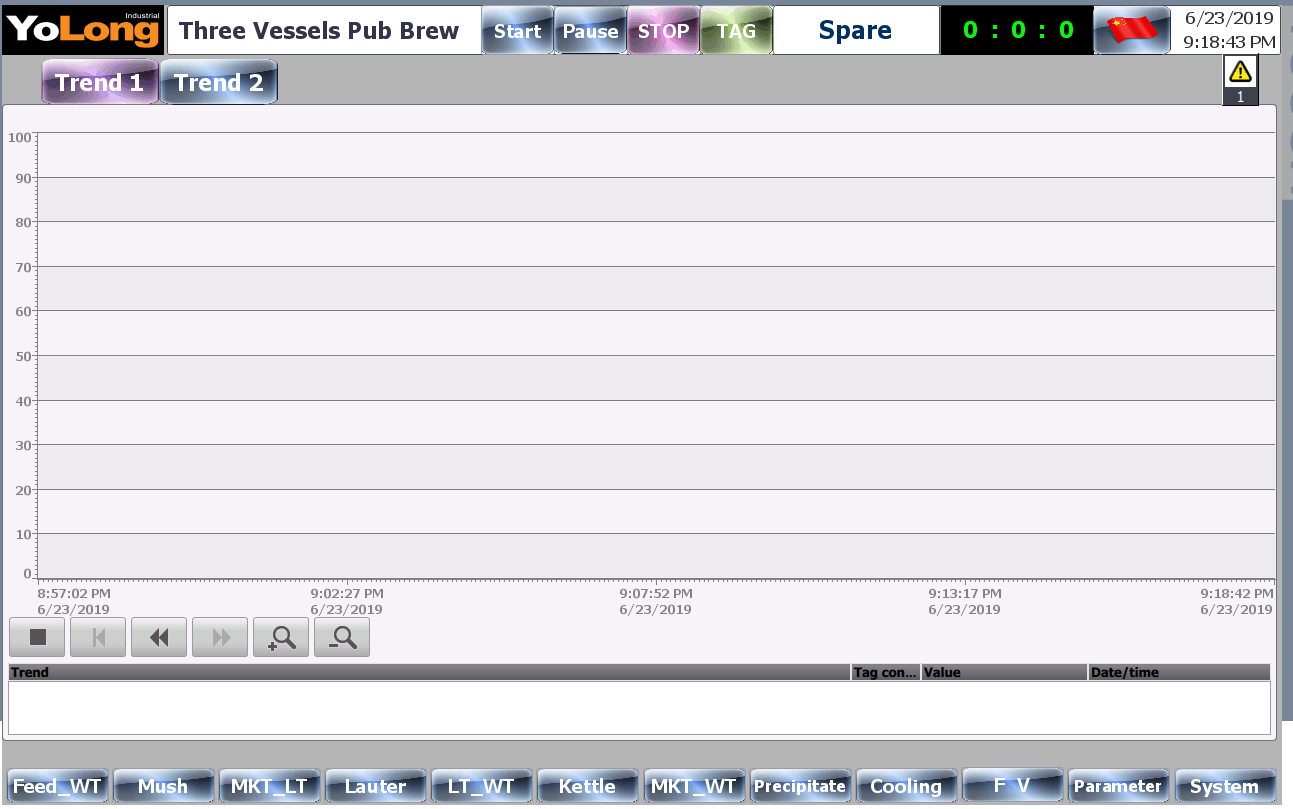 Which Beer Is Good For Health
Scroll to top