Many people who love to brew beer for their friends and family often go for commercial brewing to make their hobby and passion a source of earning and living. Moreover, there is no harm in doing something you are good at, something you love to do, something that is capable of rewarding you, and something that other people like about you. If you are someone who brews excellent beer that everyone loves and who wants to turn it into a business that rewards you for your enthusiasm then having the right set of guidance is very important to succeed in fulfilling the dream of getting a reward from your passion. According to the statistics, a large population of the United States of America is passionate about brewing beer as there are reported to have 1.1 million people in the US who are home brewers and they have produced the beer up to 1.4 million barrels in the year 2017. People who turned their hobbies into the brewing business keep increasing and in the year 2017, there were 6266 breweries in the US which were 15.5% more than the preceding year. Starting commercial brewing can be very expensive and require a lot of equipment which can make it a bit challenging. Let’s now look in detail how one can do commercial brewing: 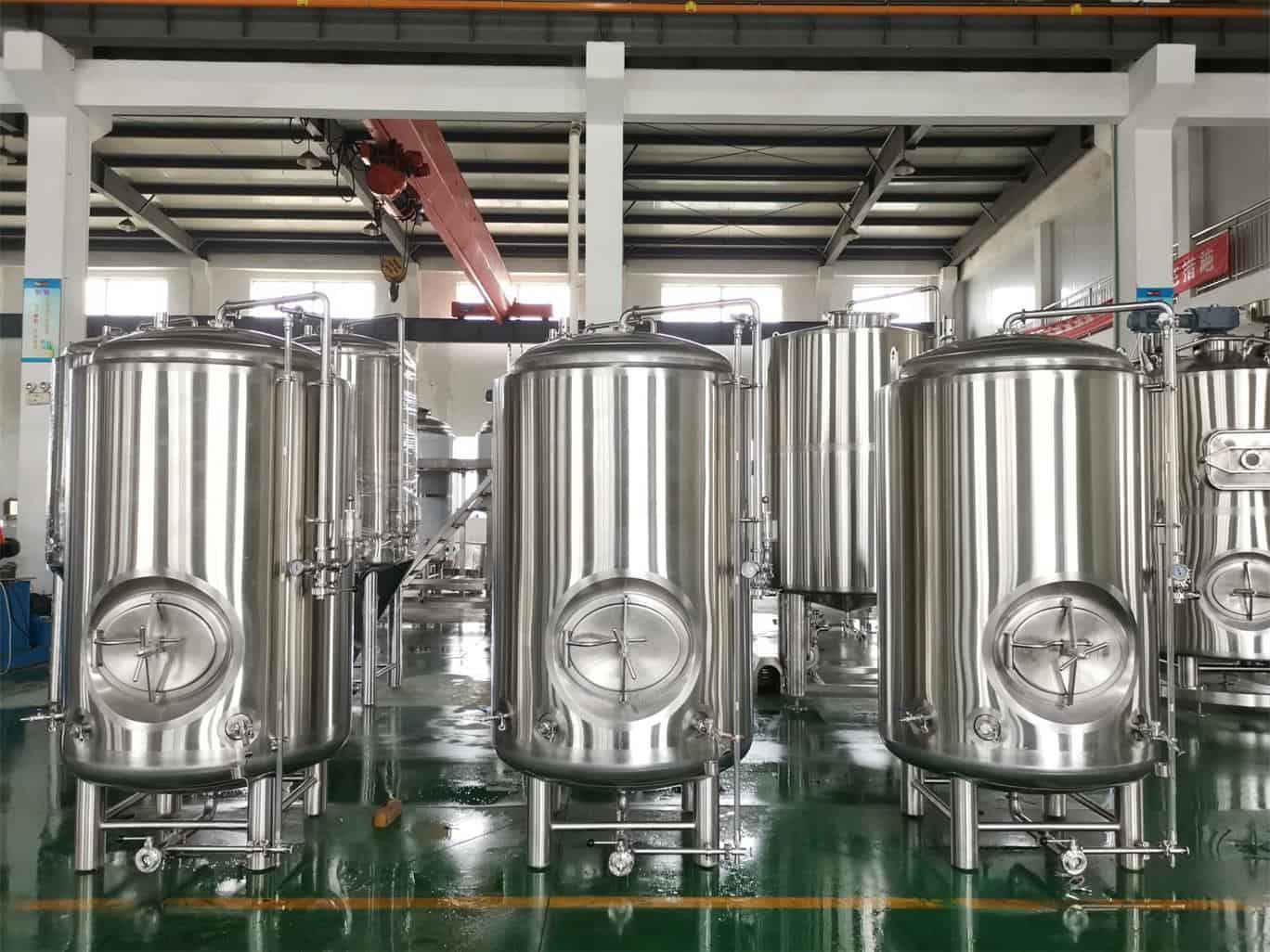 How to Do Commercial Brewing

There are some basic types of equipment you need to have before doing commercial brewing. This includes kettles, fermentation tanks, boilers, storage tanks, cooling systems, filters, kegs, refrigeration, and canning, bottling, piping, and cleaning tools.

This is the basic equipment that is required to start the process of brewing. This equipment helps to break down the malt into smaller fragments to extract the sweetness and sugars required for brewing.

The second thing that is required to do commercial brewing is to have a brewhouse. This is an enclosed place that has all the necessary components and vessels that are needed to start brewing. This includes a lauter tun, a mash mixer, and a hot tank for liquor, a holding kettle, a whirlpool, and a kettle for boiling. A two-vessel system often has these components together in one place whereas in a five-vessel system all these components are separated and away from each other. In the first step, wort is created. This is done by mashing the malt and other grains. Once this is done it is moved to the kettle where the boiling is done with hops, flavors, colors, aroma, and other important ingredients. Once the boiling is done the wort is allowed to settle down in the whirlpool where all the solid particles are gathered and then they are separated from the mixture. The price of the brewing house may vary depending on the capacity however, the price range for a brewhouse is somewhere between$50,000-98,500.

This is the third most important equipment and step for brewing. Once the wort is completely separated from the hops it is allowed to pass through a plate heat exchanger where the temperature of the heat is allowed to get lower this is because if the wort is extremely hot it can easily kill all the yeast as it enters the fermenter.

The fourth very essential equipment is the fermentation tanks. This is the second step in brewing beer and these steel tanks are the second most important item on your purchase list. In this step, yeast is used to produce alcohol when it is allowed to react with the wort. Cone-shaped tanks are better for fermentation as the yeast can easily be removed, captured and reused later. The right kind of fermentation tanks will help ensure that all the variables and necessary conditions are fulfilled to give a perfectly tasting brewed beer.

Once the fermentation is done, the beer is filtered out and transferred to a Brite tank. This tanks looks exactly like the fermentation tank and here the beer is kept for a while and allowed to get more carbonated before it can be canned and bottled. Sometimes beer can also be served directly from these Brite tanks but it is always better to keep them in these tanks for a while before serving them out. Brite tanks and fermentation tanks may look alike but they do not have the same function as brite tanks are only use for carbonating the beer to enhance the flavor and taste.

If you buy kegs you also need to buy keg washers with them to clean them. Even if you decide not to bottle your wine kegs are still an essential component to have when selling your end product to the customers. Kegs can be useful for serving beer in your brewpub, at a bar or a restaurant. An automatic keg washer can help you to easily and effectively clean and wash off your kegs speeding up the processing while reducing the labor costs at the same time. The price of kegs and keg washers may vary depending on the company that sells them.  The Beverage factory usually sells 15.5- gallon kegs for $125. Keg washers can easily come under a price range of $10,000-14,000.

The above-mentioned information brings us to the conclusion that if one has a brewing passion then one must take it to another level by doing commercial brewing as it will be both fun and rewarding at the same time. Moreover, commercial brewing is not as difficult and challenging as it seems to be if you have the right set of directions and instructions and if you follow them properly. The expenditure on the equipment may seem to be very high as there are different and various types of equipment involved in the brewing process but once your business gets successful you can easily get back all your initial investment made in the equipment in no time and can, in fact, get more returns in the form of profits.

Is Craft Beverage Production the Face of Future? YoLong Brewtech is Off to the...
Scroll to top