Beer is a drink that has fans from all over the world.

It is something which has been a fairly common thing since the beginning of time, for humans have always consumed alcohol in one form or another.

For many people, drinking it is usually sufficient.

But there are others who are interested in more than just its flavor. They are indeed interested in other aspects of beer production, such as the ingredients that go into it, the equipment that is used, the way it is prepared among others.

Indeed, the brewing of beer is an interesting subject unto itself, and there is much to be known about it.

In other words, brewing beer is something which happens to be a subject unto it.

There is much to be said about the process of making beer.

A simplified explanation of how the beer-making process works is given in the list below. 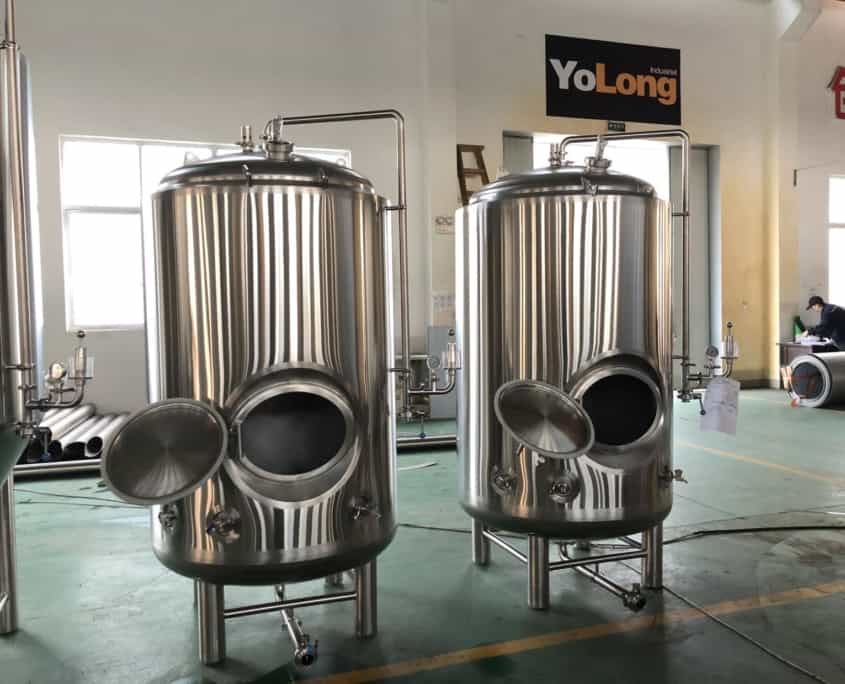 It all starts with the ingredients. Beer is produced through the fermentation of grains such as barley, rye corn or wheat.

The grains, upon fermentation, produce the main constituent ingredient of any alcoholic drink that you find in the market shelf.

It is important that the sourcing of the beer is done in a way that is economically viable, for it will ultimately add up to the overheads that the company has to pay. Also to note is that the final price of the beer will also have to be passed on to the consumer as well.

The ingredients will have to undergo several different processes, as given in the list below:

The yeast digest the sugars present in the mix and in the process produce carbon dioxide and alcohol as a waste product.

It is this alcohol which is then refined for purposes like consumption.

Coming to the actual equipment necessary for the brewing of beer, there are a few things that are vital and necessary.

The most important of them all are mentioned in the list below:

Each step of the ingredient preparation process mentioned above come with their own set of requirements.

What this means is that there is a need for a separate set of tanks and equipment for every step involved in the ingredient preparation process.

This is the process where the actual beer gets produced.

The ingredients such as malt are allowed to ferment in the presence of yeast in these large tanks, over an extended period of time. The exact time for this may range from a few months to several years. Indeed, the longer the fermentation process lasts, the better the taste is considered to be.

Originally made out of wood such as oak, it is today made from stainless steel, which is in fact a standard industry practice. It is in these large tanks that the beer is first prepared, before other production stages, such as refining or packaging begin.

At the same time however, it is not necessary that the fermentation tank be made from stainless steel. On the contrary, there are many people today who still have a sense of nostalgia for the past, and continue to use the iconic barrels that have been used for ages.

In addition to this, there are other considerations that may need to be addressed as well. Given that the quality of the beer, in particular the flavor, requires the use of wooden caskets, this is a consideration that has to be addressed. The reason for this is because the wood often adds its own flavor to the fermenting ingredients, and enhancing its overall quality in the process.

Last but not the least, there are occasions where ingredients are fermented in open tanks as well, depending on the final brew requirement.

Once the ingredients are fermented, the next thing that is to be done is to pasteurize the mass.

This is done in order to kill any and all microbes that might be living in the beer. It is something required in order to ensure that the beer is safe for consumption.

At the same time however, there is a small exception made in the case of ‘draft’ or ‘draught’ beer, where there is no requirement for pasteurization.

Once the beer has been fermented from the ingredients and pasteurized, the next process involves the production of the final beverage.

This is something that requires a process that involves multiple stages. Among them all, one of the most important includes the removal of any stray residue and organic matter from the fermentation process.

Other aspects of this include making sure that the beer moves through the various processes in a steady way, so as to maintain the level of carbonation and overall flavor.

Once the refining process is completed, the finished product is sent off for packing.

The packaging stage involves the packing of beer into the iconic bottles and cans that many people are familiar with.

During packaging, the beer is usually combined with additional carbon dioxide in order to help maintain the overall aroma and texture.

In addition to this, the stage also involves other aspects such as the addition of label graphics, designs, logos and other branding elements. These also include health warnings such as those which inform people to restrict the amount of alcohol they consume, or the dangers of drinking and driving.

The products are then shipped to a warehouse for further distribution, or directly sent to markets far and wide. This may be done with the use of the company’s own distribution network, or one which is outsourced to a third party.

As a whole, the above gives a rough idea as to the way in which the beer production process works, from the beginning until the end, as well as the equipment necessary for doing the same.

Do note that there is indeed a lot more that goes into the final product as well. The details mentioned above only give a rough idea as to how the whole process works, rather than being a details explanation.

How to brew commercial beer
Scroll to top