When it comes to beer, it is well known fact that there are more than enough varieties to go around.

Whether it is the flavor, ageing or anything else, beer comes n a variety of different styles, each of them having something very distinct and separate from the rest.

This is true whether you are talking about regular or craft beer. 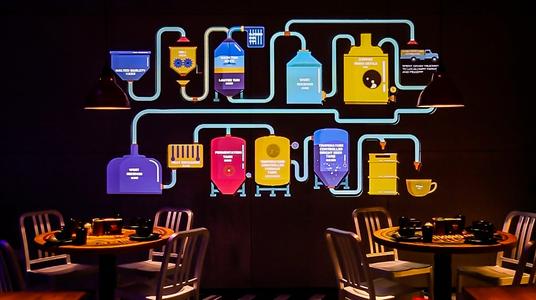 For those who would like to know about craft beers, they are the beers made by what are called craft breweries.

The craft breweries in turn, are those breweries that can be described as small breweries, typically run by a family or sometimes a small company.

Simply put, they are the exact opposite of most mainstream beer companies, which are large companies operating across multiple markets and offer a range of different alcohol varieties.

They are generally more expensive than the mainstream varieties of beer, given that they are produced in small batches, and often have the brand image of being distinct and special.

Craft beers are today one of the most popular varieties of beer around. Popular for their unique taste, flavor and more, craft beers are preferred by many over mainstream beers.

Coming to craft beer, it becomes clear on closer examination that there is indeed a great variety of it almost everywhere.

There are in fact several different varieties of craft beer around. Each of them have their own unique characteristics, and are often specific to locations as well.

At the same time however, there are two major variants of craft beers according to most people. They are ales and lagers.

Ales are the most commonly found craft beer varieties around. In addition to this, they are also the older of the two varieties, with a history that goes back thousands of years.

Ale is a generic term, and has several different varieties under it. Ales are prepared using a style of brewing, where the fermentation is done at a fairly rapid rate, with the help of top-fermenting yeast and the process is carried out in a warm environment. The process of preparing ales can be done in about one or two weeks.

An important thing to note about ales is that they are generally cheaper than lagers. Given their short preparation time, the cost of producing ales is very less in comparison to lagers. It is one of the main reasons why ales are consumed more widely than lagers.

Ales can be served at a variety of different temperatures, whether it be chilled or at room temperature.

There are several different varieties of ales. They are as given in the list below:

Another variety of craft beer that is widely consumed is lagers.

Lagers are not as common or popular as ales, although they can be found in just about all craft breweries.

The lagers are made using bottom-fermenting yeast, with the fermentation process done at fairly colder temperatures.

The process of preparing lagers is generally long and can last several weeks or even months, due to the cold conditions that it is prepared in. Also to note is that it is generally more expensive than ales, given the longer period of time it takes for the preparation process to complete. It is for this reason that lagers are generally preferred less, in comparison to that of ales.

The cold fermentation process is great for the finished product, as the beer is described as having a clean, smooth and crisp taste. In general, many brewers believe that this is one of the best ways to prepare beer, as it helps the fermentation process to take place in a steady and smooth manner.

Also to add here is that while other beers are served at room temperatures, it is not the case for lagers; the serving of lagers is always done at a cold temperature.

Some of the different varieties of lagers are as given in the list below:

Do note that there are indeed other styles of beer as well, which have not been covered here. This is especially the case when it comes to the different kinds of ales and lagers.

In all, craft beer comes in a variety of different styles, each of them unique in their own way, whether it is flavor, taste, alcohol concentrations or anything else.

This makes craft beer one of the most interesting of all, when it comes to exploring the variety of beer that currently exists out there.

How To Brew Beer, And What Equipment Is Needed For Brewing Beer?
Scroll to top