Questions › Category: Brewery Tanks › What Should You Know About the Fermentation Process Itself?
0 Vote Up Vote Down

What Should You Know About the Fermentation Process Itself?

Fermentation is a reaction that releases energy exothermically. The rising temperatures during the fermentation process needs to be extremely carefully controlled. Governments regulate the sale and distribution of equipment dealing with pressurization within its borders to ensure only the highest standard of equipment is available.

Characteristically, lagers are fermented between 5.5°C/42°F and 13.8°C/57°F. The fermentation time can last as little time as half a week to up to four weeks or more. Ales have always been allowed to ferment at higher temperatures: 15°C/59°F to 20°C/68°F with a fermentation time of around 2 to 3 days. This differentiation results in ales tending to have a more complex flavor. Small craft breweries can control fermentation temperatures with a simple analog gauge attached to the vessel unit. Larger output systems require multiple digital control panels and automation overseeing many vessels.

It is up to the brewmaster to decide if the fermenter should be ordered with 2 thermowells (cylindrical fittings to protect temperature sensors). One used in conjunction with a dial thermometer; the other as a thermal probe connected to a control unit. These can be used to regulate temperatures via control valves attached to the chiller system. 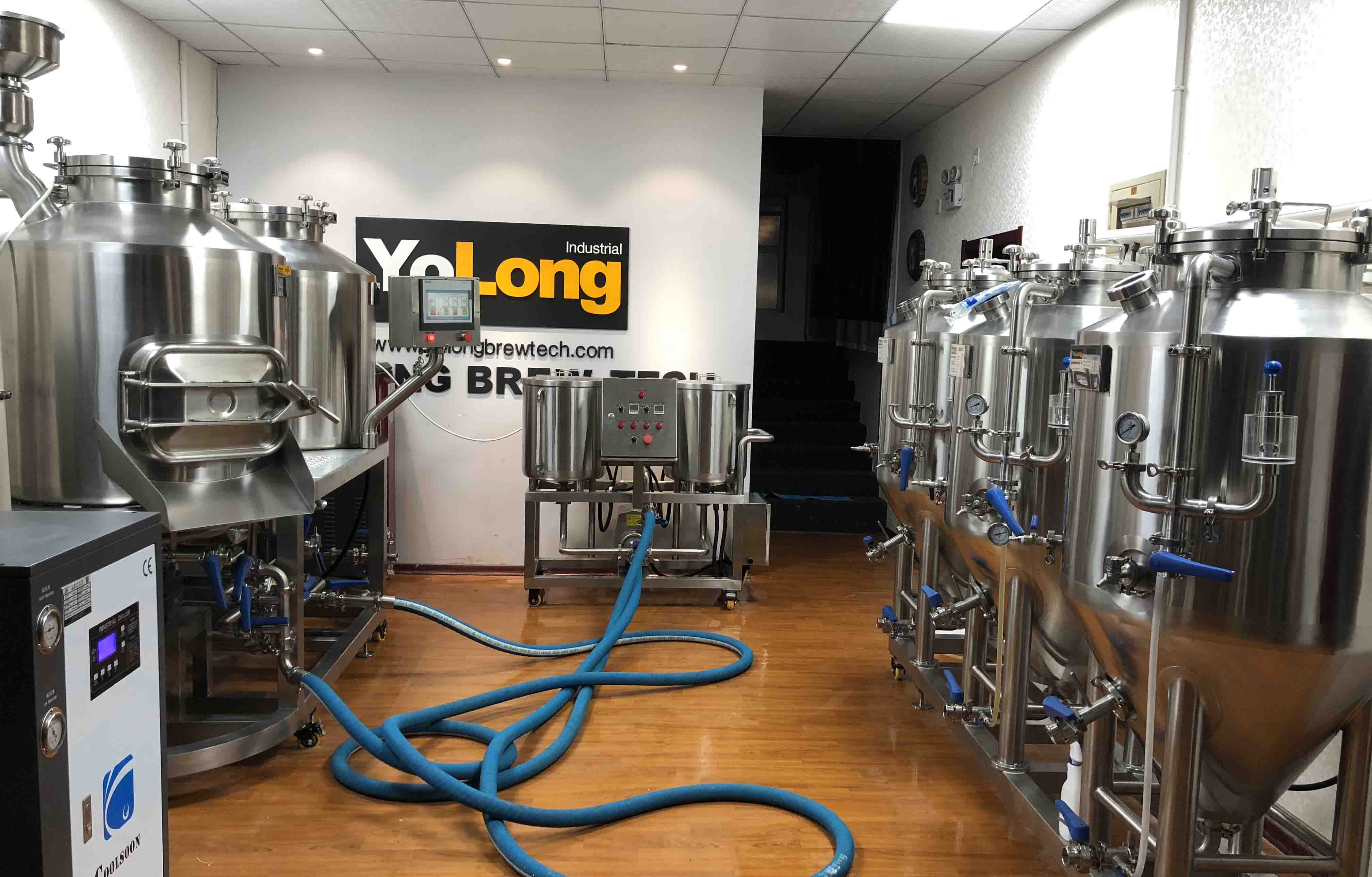 The extra heat has to be removed from the vessel in order to control the fermentation itself. This means that the vessel should be equipped with a cooling jacket that removes the exothermically-generated heat. Craft breweries require the highest quality low pressure “dimpled” heating and cooling jackets that utilize water and glycol. This is the most popular option, although the cooling and heating jackets can use other agents such as ammonia or Freon.

A fermentation system containing these items guarantees the brewery will have a continuous and precise temperature control. Fermenters sometimes need additional insulation to boost temperature control. Outside vessels are insulated against climate conditions and indoor vessels need insulation so that less demands are placed on the interior control systems.

Important fermenter technologies are being developed and engineered all the time. Fermenters contain specific pressure relief valves that prevent the tank from over-pressurization; they also allow the formation of a vacuum relief so that the tank can drain.  YoLong fermenters are designed and fabricated with a top manway door to allow the tank interior to be cleaned and inspected. Most brewers prefer the manway to be on top.

Although a side-shadowless manhole is also an option, it all depends on the overall size of the tank. A dry hop port opening in the tank is used to add dry hops during the fermentation process. This can be capped off when the port is not in use. This allows the brewmaster to add dry hops to the fermenter tank – usually after the primary fermentation is complete – and this imparts a desirable hop aroma to the beer without adding bitterness. There is a growing trend for hop-forward beer recipes to be preferred by beer enthusiasts now.