Beer is among the most favorite beverages of people from all over the world. Do you want to know how this beverage is made? Then, this article is for you. 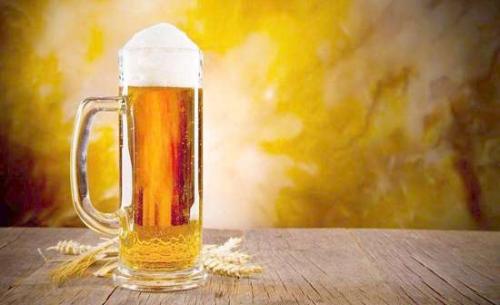 In making a beer, you need 4 main ingredients such as water, barley, yeast, and hops. In this process, the primary purpose is to extract sugar from the grains (commonly barley). With that, the yeast can transform into alcohol and CO2 which creates beer.

The process of brewing begins with malting. The grains which are usually from barley, and sometimes from wheat are harvested and processed with heating, drying out, and cracking. Malting is performed to isolate the enzymes needed for brewing. It was needed to make it ready for the next procedure.

After malting, the grains will undergo in a mashing procedure. The grains are steeped in hot, but not boiling water within one hour, and sort similar to producing tea. With this procedure, the enzymes in the grains are activated which make it break down and release its sugars. Then, you can now drain the water from the mash that is already filled with sugar from the grains. The sweet and sticky liquid from it is called the wort. It is considered as unmade beer which is compared to how the dough is unmade bread.

The next step is boiling. The wort will be boiled for an hour while the hops and other spices are combined several times. If you are not familiar with hops, these are the green and small cone-like fruit of a vine plant. The hops offer a bitter taste for balancing out the sugar in the wort. It plays a significant role in adding flavor. Even more important, it also serves as the natural preservative that is their original use.

After the boiling process is finished, the wort is strained, cooled, and filtered. Then, it will be stored in a fermenting vessel and add yeast on them. In this case, the brewing procedure is already done, and the fermentation process begins. The beer will be stored for several weeks in a room temperature which is usually in the case of ales or more weeks in cold temperature in the case of lagers. On the other hand, the yeast will also work for fermentation magic. Commonly, the yeast eats up the sugar in the wort and spits out the CO2 as well as alcohol as waste products.

After a long process, you can now enjoy an alcoholic beer. Meanwhile, it is still uncarbonated and flat. The flat beer will be bottled and will be artificially carbonated similar to soda. It can also be bottled conditioned. It can be allowed to carbonate naturally with the CO2 that the yeast produced.

After it was aged for anywhere in a few weeks or a few months, you can now drink the delicious beer. Your effort in the production of beer is all worth it because of the delicious and excellent quality that it can offer you. Your time and effort are worthy enough because of its amazing taste.

To produce a delicious and quality beer, you will need some raw materials like cereal grain (corn, barley, and rice), pure water, hops (scientific name Humulus lupulus) and yeast. These ingredients are essential since they can have a high impact on the color, flavor, carbonation, alcohol content as well as other subtle changes in your beer.

The grains must be properly stored and handle to produce the best possible quality of the beer. On the other side, the hops are also formed of cultivated perennial hemp that used for the flavoring of the product. The useful portions of the vine which are the sticky ones are produced from the bloom.

It is estimated to use around 16kg or 35 pounds of barley malt and 7kg or 15 pounds of grain for every 31-gallon beer barrel. A considerable amount of water is also essential not only as an ingredient, but to keep the cleanliness of the equipment used for brewing.

When it comes to producing beer, high water in iron or lime interferes with the fermentation procedure. Moreover, it can also discolor the finished product. Yeasts also play an important part because they are fungi that are microorganisms that can lessen the sugars to alcohol during the fermentation process. Most brewers’ yeasts are guarded trade secrets.

Outside the beer, the procedure also needs different cleaning chemicals and acids for maintaining and sterilizing the brewing equipment. Then, after this, it requires proper packaging that includes aluminum for cans, cardboard products for boxes, stainless steel for kegs, glass for bottles as well as other commercial dispensing materials. Most of the brewing equipment is stainless steel and copper brew kettles.

It cannot be denied that beer is popularly knowns as one of the best beverages that are brewed for centuries. They are produced through fermentation of yeast on malted cereal grains that are combined with hops and water.

Ever since the brewing evolves from a cottage craft into a modern market, the rise of beer production becomes popular in the different parts of the world. It is estimated that Germans consume the most beer for around 40 gallons per person each year. Beer drinkers in the US are also ranked 14 in the world. The American breweries manufacture approximately 156,900 million beer barrels every year. Every barrel is equal to 117 liters or 31 gallons.

The early brewing beer attempts were around 7000 BC in Mesopotamia. Greeks and Egyptians brewed alcoholic beverages through different procedures, but the term beer does not use in the early languages. The Babylonians provide brewing recipes which are made with malt brew.

In today’s modern era, beer is still one of the most famous and favorite beverages of people all over the world. You can avail it in different beer stores, and you can choose the one that suits your taste.

What Equipment Do Breweries Usually Use To Measure Pressure During The Beer...
Scroll to top